A little late on catching up with what I’ve been reading, but last month I made it through a few more books, getting closer and closer to reaching 100 books for the year. (Okay, I’m actually behind, but I’m going to catch up. Hopefully.) 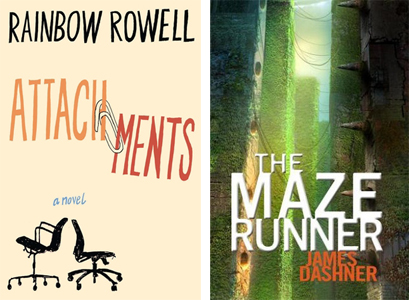 Attachments by Rainbow Rowell & The Maze Runner by James Dashner

What I Read in June 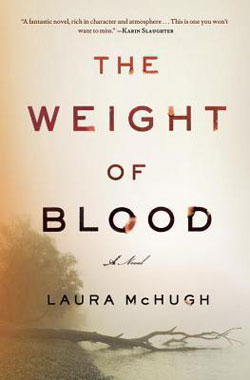 The Weight of Blood / ★★★★ (3.5) / This is described as similar to Gillian Flynn’s Gone Girl. Sorry, but no. Its been described as grit-lit or a southern gothic thriller, both new to me terms, but seem to fit much better. An example of said “grit” is when the author makes no bones about describing bodies as being fed to pigs. The main character, Lucy is trying to discover what has happened to her friend, Cheri, who went missing for a year before she was found dead. Told in dual narratives, we also learn some information about Lucy’s mother, Lila, who abandoned Lucy as a baby, but also disappeared and supposedly committed suicide. After reading, I learned that this book is loosely based on a true event that occurred in Missouri in 2010, which is pretty interesting!
Find it on Amazon / Goodreads
c/o Netgalley 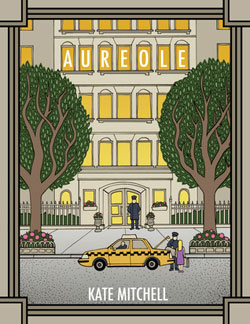 Aureole by Kate Mitchell / ★★★★ / So first off, shout out to Kate the (Almost) Great, who is the author of this fun book! I picked this up and am glad I did. I won’t lie, it started off a bit slow for me, but about a quarter of the way through I grew really attached to the characters (Jess and Eddy, especially) and started seeing where the book was really going. A little bit of suspense, a lot of traditional coming of age, this YA was really enjoyable and ended up being an addictive read. This book was self-published, so note there are a few typos here and there that could use some further editing.
Find it on Amazon / Goodreads 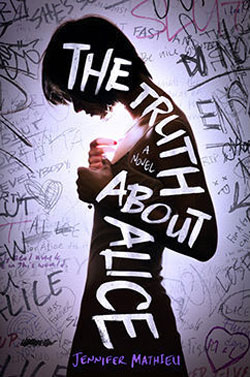 The Truth About Alice / ★★★★ (4.5) / This is so, so close to being a 5 star, I just loved this book. It was written from the view-point of 5 different students. Seriously, 5 points of view and it was done beautifully. This is a coming of age that will probably not make you cry, but will certainly have a you feeling a range of emotions. Topics include abortion, slut-shaming, and bullying, and overall just a good look at the human perspective. I finished this so fast, I just couldn’t stop reading!
Find it on Amazon / Goodreads
c/o NetGalley 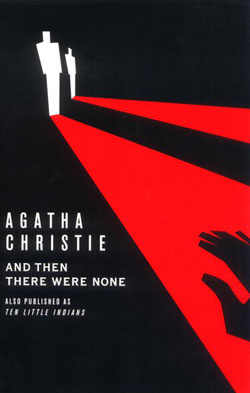 And Then There Were None by Agatha Christie / ★★★ / I was so disappointed to not get thoroughly engrossed in this one. I rated it a 3, but I just don’t feel good about that until I read this again myself instead of listening it to it via audiobook. I found the audiobook a bit monotonous, I find certain narrators are really hard for me to listen to, and this was one of them.
Find it on Amazon / Goodreads 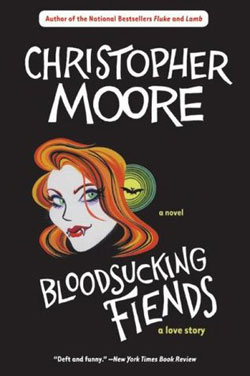 Bloodsucking Fiends by Christopher Moore / ★★★ (2.5) / I really did not like this one very much. It wasn’t particularly poorly written, but something about it just felt off. It did not help that the story just did not appeal to me either. It’s about a girl who is attacked and turned into a vampire. She meets Tommy, bites him during some sexual escapades, and she tries to figure out how to survive as a vampire. All the while, he’s testing her to see which vampire legends are true and which are false. Kind of a weird one, its supposed to be funny, but I just didn’t get it.
Find it on Amazon / Goodreads 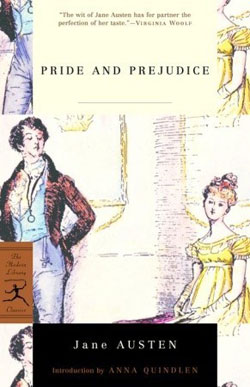 Pride and Prejudice by Jane Austen / ★★★★ / I really want to read this again, already. I started out absolutely loving it, but I think the problem I have with audiobooks is sometimes my own thoughts get in the way. I think this would be a 5 star book for me if I read it again and was able to escape into the words.
Find it on Amazon / Goodreads 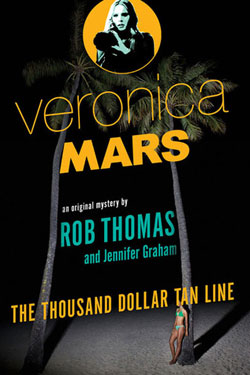 The Thousand-Dollar Tan Line (Veronica Mars #1) by Rob Thomas and Jennifer Graham / ★★★★★ / I finished this one so fast. Like, insanely fast, I was done with it in a day. It was addictive, just like the television show. I hear a rumor that more of these are coming (pre-order #2… I totally am.) which is great news for someone who didn’t get enough closure with the movie. Basically, this book is just like an episode of the show. It picks up where the movie left off, with Veronica being about 28. The only thing I felt like this was missing was the romance with Logan. Logan is away for the majority of the book and only makes a few appearances.
Find it on Amazon / Goodreads

What have you been reading lately?

48 thoughts on “Summer Reading: What I Read in June”