We were shopping at Target today when we saw a NES hat. Flashback, right? While I didn’t have a NES, or even a Super NES of my own, but I sure did play it whenever I went to my friends houses. Super Mario World, of course, was my jam.

I thought walking down memory lane and taking a look back at some of my favorite things might be fun to link up with for Erica’s Listed Tuesday. So without further ado, my 10 Favorites from the 1990s. 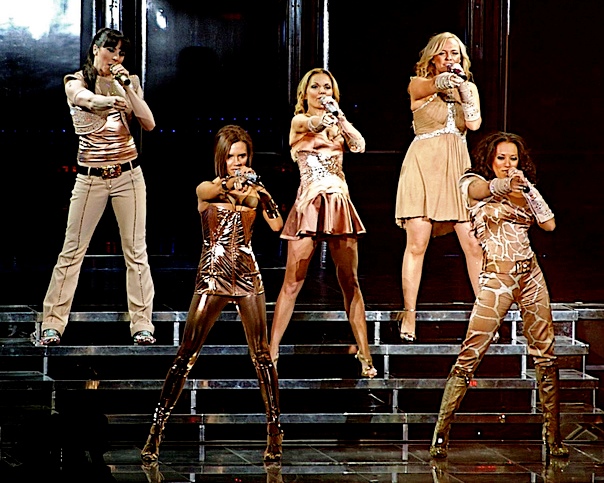 Spice Up Your Life by Eric Mutrie, CC By 2.0
1. The Spice Girls (1994) – Seriously, this is #1 on my list for a good reason. These ladies were bad ass, they had their own personas, interesting fashion choices, and were marketing gold. But unlike a lot of Pop stars, they seemed like they were always having fun and were pretty real. Regardless, I wanted to be just like Posh. No, Ginger. No, Baby. Okay, forget it, I wanted to be any of them. 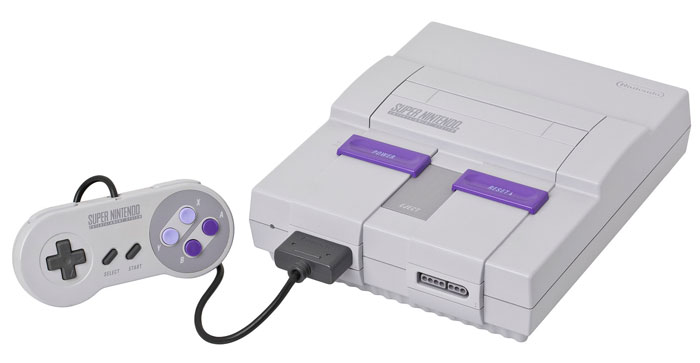 SNES by Evan-Amos, CC by SA-3.0
2. Super Nintendo Entertainment System (1993) – Okay, so I already mentioned it. But come on, it was the inspiration for this post. I can’t get over how amazing Super Mario World is. This is probably the main reason I even have a Wii U now, or had a Gameboy Color growing up. My love for Mario runs deep. 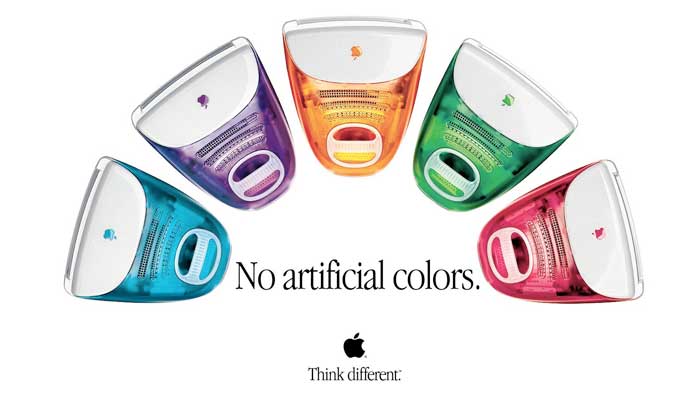 3. iMac G3 (1998) – I remember the day we got these in my elementary school computer lab. I was in the fourth grade, and I was so blown away by these beauties. I mean, I still kind of am. Apple products will always make me swoon. #technerd 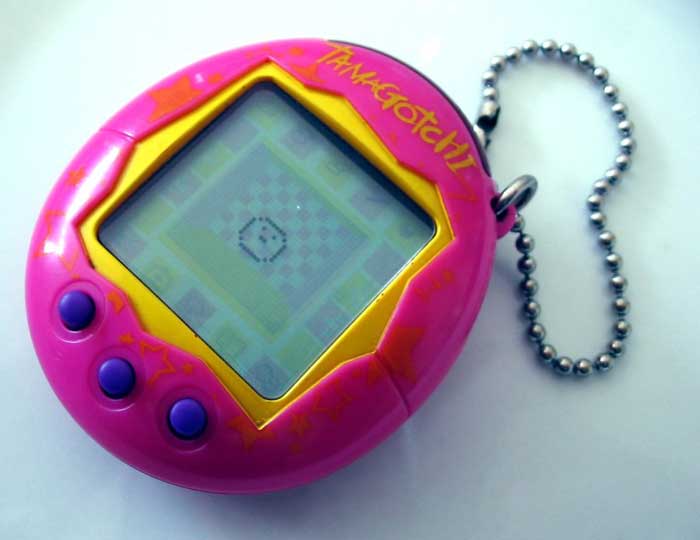 Tamagotchi by Tomasz Sienecki, CC by SA-3.0
4. Tamagotchi (1996) – My mom ransacked every Toys R Us with me to find one of these. Mine was teal blue, and was amazing… for like a week. Then I got another gold one (not an original Tamagotchi, but a spin-off) for Christmas and was hooked to both all over again. So silly, yet so much fun. I mean, they even pooped. Weirdly amazing. Runner up to the Tamagotchi was the Furby (1998), which I was too old to really “want” but for some reason, still totally did. 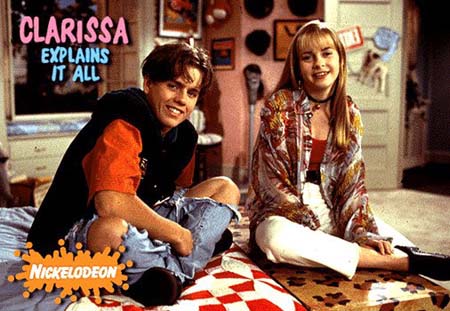 5. Clarissa Explains It All (1991) – Having a best friend that climbs up to your window is pretty sweet. Having a nerdy little brother? Probably not so much… but with Clarrisa’s awesome wardrobe, who cares? She totally had it made. 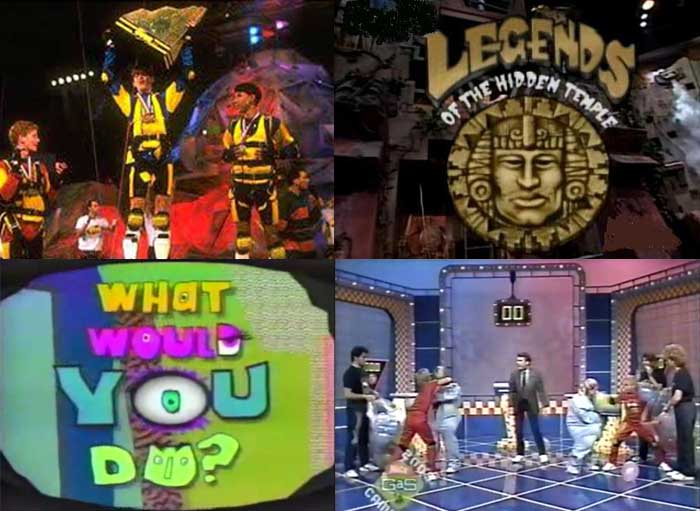 6. TV Game Shows (1990s) – I think Double Dare (1986-1992) may have been my ultimate favorite, but Marc Summers also hosted a funny one called What Would You Do? (1991) That one involved a lotttt of cream pies to the face and was super silly. Legends of the Hidden Temple (1993) would have been my #1 choice to actually participate in though… I mean seriously, it was like the ultimate treasure hunt! Finally, can’t forget about GUTS! (1992) Making it to the top of the Aggro Crag was pretty awesome.

7. Beanie Babies (1993) – I refuse to tell you how many of these creatures I had, but it was A LOT. I thought I was going to be so rich for all the “rare” ones… turns out, the craze (like anything else) didn’t really last, and now I will forever be stuck trying to give away these things. Oh well, at least they’re cute. 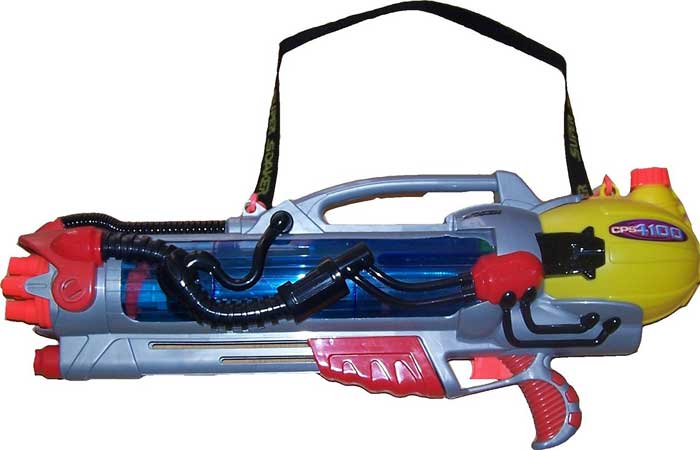 8. Super Soakers (1991) – I was obsessed with these. I wanted to plan elaborate pool parties at my house in the summer just to have a need for one of these. I probably should have had brothers, we would have had so much fun. 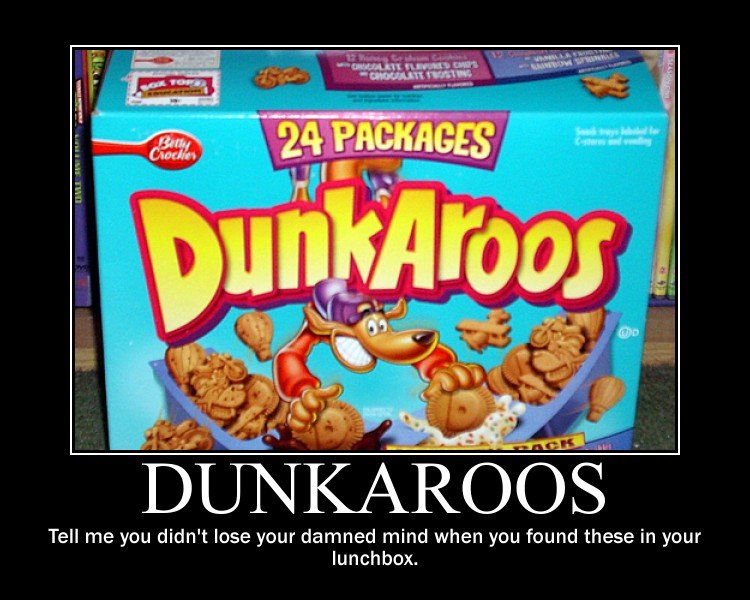 9. DunkAroos (1996) I’m pretty sure the meme above pretty much explains it perfectly. Cookies that you dunk in frosting? What can possibly be wrong with that? Absolutely nothing.

…And one last one to play out this post:

I could have gone on forever (and maybe they’ll be a part two)… but what are your childhood favorites from the 1990s?