Sponsored Post: I am being compensated by Look Who’s Happy for this post. All thoughts and opinions are my own.

The last time Rigby was hanging out on the blog, a few commented about how well-behaved he was for photos, and how their dog would never pose like that. I thought sharing a few of my “trade secrets” and tactics to get my challenging dog to pose might be helpful! Read on if you’re curious how I get Rigby to pose for my shutter snapping. 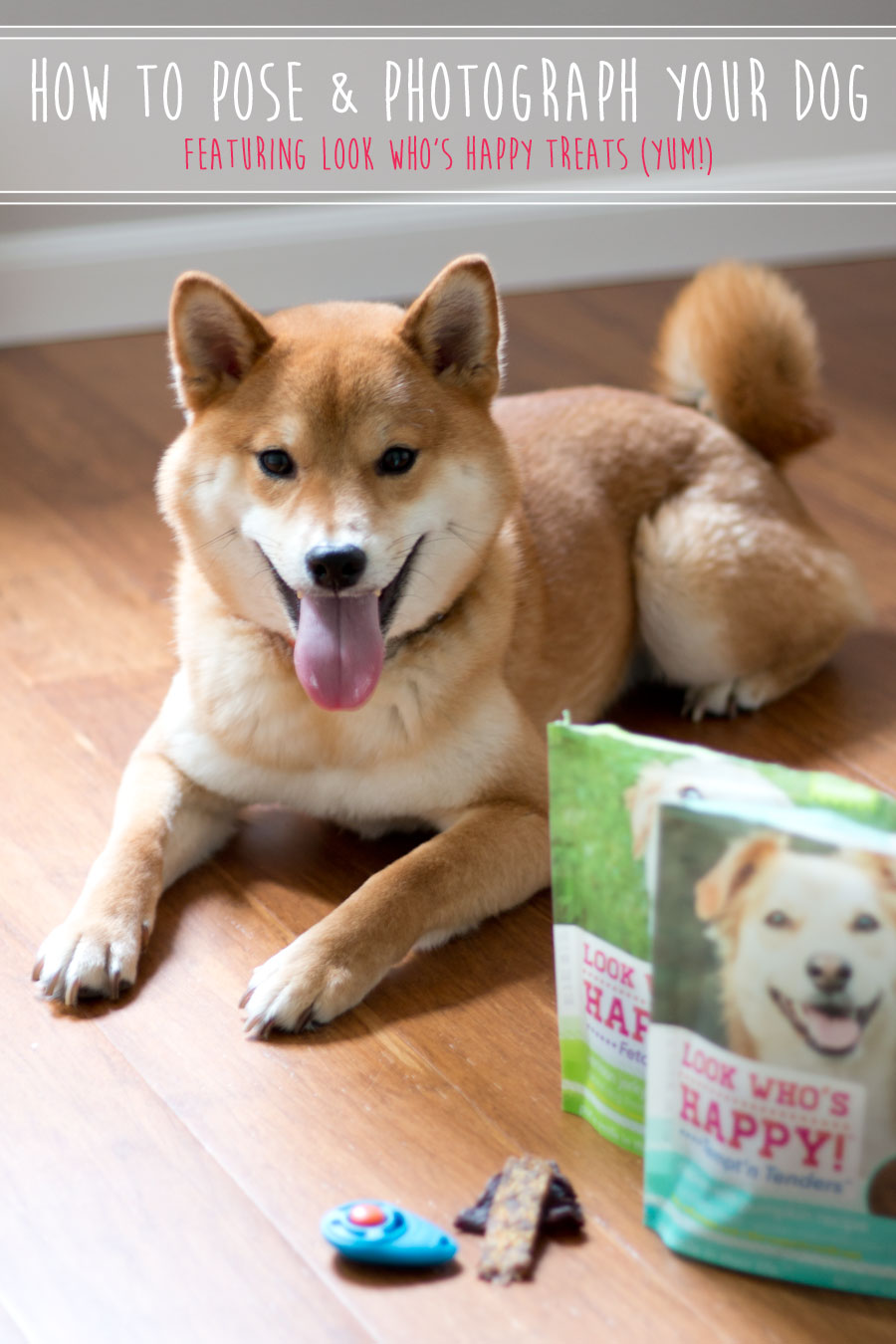 How to Photograph Your Dog

1. Teach commands
I’m assuming most of your dogs know sit and down, but if they don’t, that’s just where you should start! Once they’ve mastered those two commands, I started working on “leave it”, “stay”, and “look”. For leave it, I taught by first placing tasty treats in my hand. Rigby would sniff at it, and as soon as he stopped he would get a click and a treat. (We train new tricks with a clicker, which if you’re unfamiliar with clicker training, check out this article!)  We worked up to putting treats on the floor and letting him sniff at it with my hand over the top until he left it, and then was clicked and treated. We worked on this over and over until he would leave the treat pile alone for extended periods of time.

For leave it, I taught by first placing tasty treats in my hand. Rigby would sniff at it, and as soon as he stopped he would get a click and a treat. We worked up to putting treats on the floor and letting him sniff at it with my hand over the top until he left it, and then was clicked and treated. We worked on this over and over until he would leave the treat pile alone for extended periods of time. 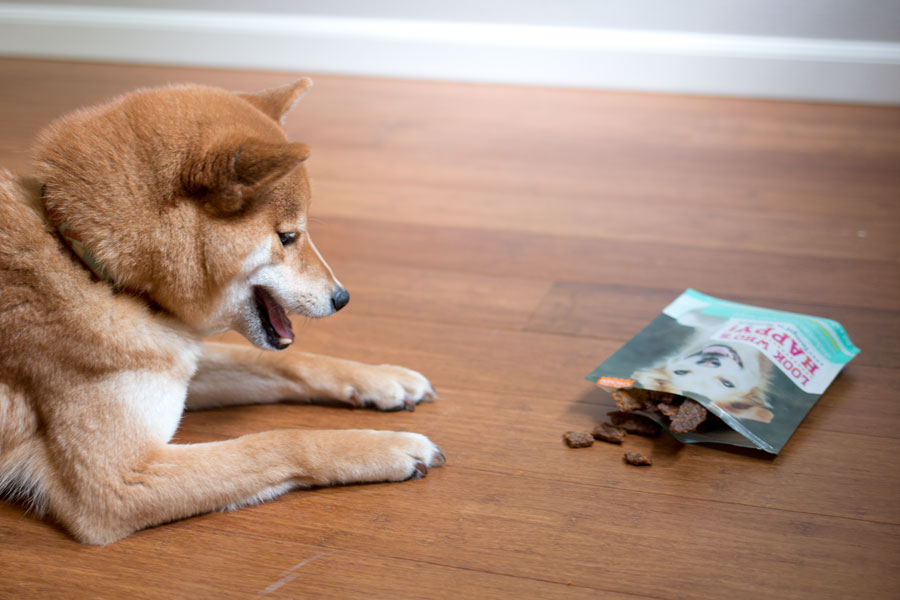 For stay, I first put him in a down and then would work on slowly backing away and clicking and treating the longer he would stay in the down position. We also worked on stay a lot while feeding him for dinner. I’d put him in a down, have him stay back from the bowl, and added the “wait” command with a quick release at first, making the release longer and longer the more he got the idea.

For look, Rigby would get clicked and treated whenever he made eye contact with me, eventually working to pair it with the word. This became super handy when it comes to taking a photo since often he is distracted by other things going on.

2. Be patient
Commands are tricky, and sometimes dogs seem to “forget” them. I know this can be super frustrating, but try to not get too upset. If your dog isn’t getting it, say “oops” and try again. And if your dog just isn’t having it, try again later. Sometimes pets, like humans, just need a break or a nap. ;) 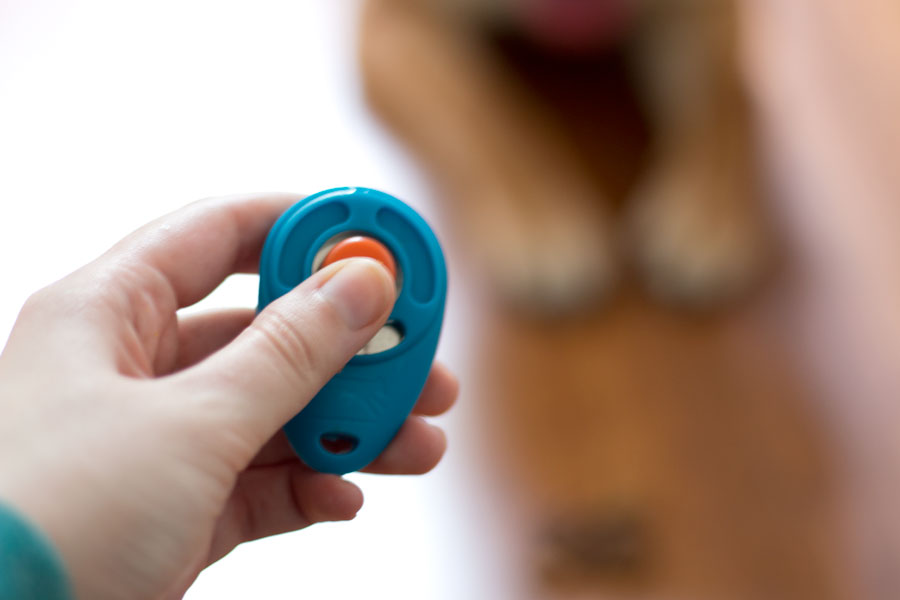 3. Offer really tasty rewards
Rigby is insanely food motivated which makes posing him for photos a lot easier. We’re using Look Who’s Happy Treats right now, which he is obsessed with. They smell like real meat jerky (probably because they are!), are grain free, and are made here in the USA. Ever since the controversy surrounding jerky treats made in China, I’m super careful to only purchase items made in the USA and also made with meat sourced from the USA, Canada, and New Zealand, which these are. 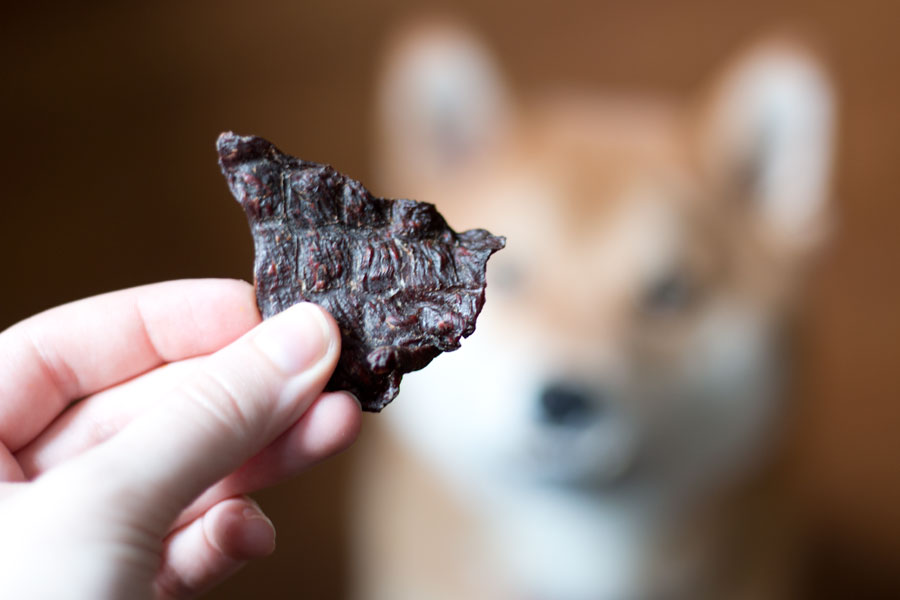 While working on training or for photo shoots, I generally like to have two treats on hand to mix things up and prevent boredom from the treats I’m offering, so I grabbed the Fetch’n Fillets Venison Jerky and the Tempt’n Tenders Chicken with Pumpkin. The Chicken with Pumpkin are super easy to break into smaller bits for posing during photos and working on training, and I like using the jerky treats for bigger rewards since they don’t break apart as easily. We highly recommend Look Who’s Happy treats and will definitely be re-upping our stock when we run low! :)

4. Pick a well-lit environment
I know this one sounds a bit strange, but having excellent lighting is a must for pet photos. Dogs move quickly, and if you don’t have enough light, your shutter speed will be much lower and you’ll end up with Fido turning out blurry. I always try to pose Rigby in bright daylight in front of a window, or outdoors on a bright day. Don’t forget to take a lot of shots too – just like photographing anything else, it’s better to have too many shots than not enough to work with! 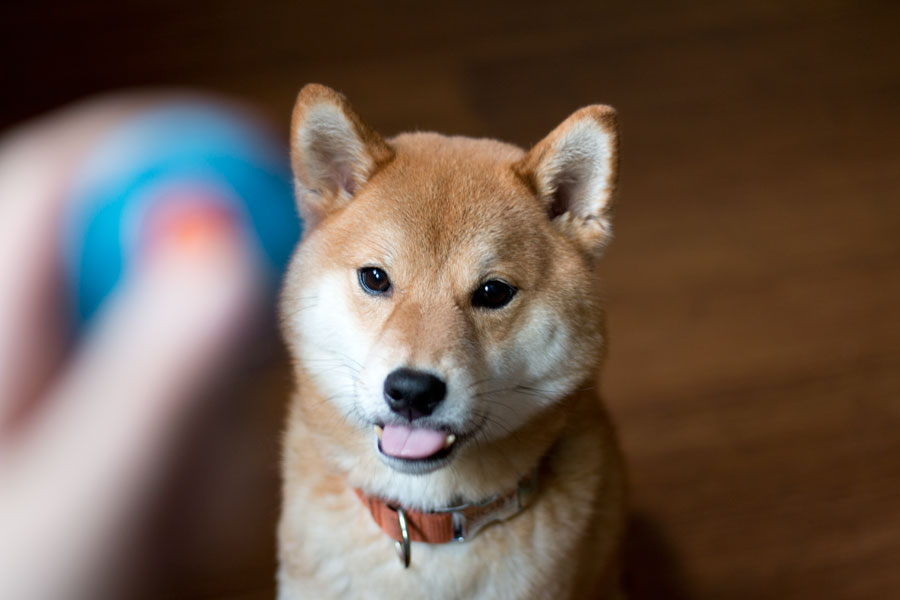 5. Have fun
Yes, this sounds dumb, but don’t take it too seriously! Dogs aren’t humans and don’t fully understand what you’re saying… but if you seem angry, they’ll definitely understand that! Training should always be a fun and positive thing. Plus, you’re less likely to get what you want from them if you’re not making it rewarding for them too. I have a bad habit of getting frustrated, so I try to walk away from a training session before I ever get to that point. And don’t forget to get in on the action – try a variety of poses, shots, and angles. It’s important to enjoy your photographer role too!

Have you tried posing your pet for photos? What tips and tricks work for you?

70 thoughts on “How to Photograph Your Dog”