So true life: I met Sarah Jessica Parker and she complimented me on my nail polish. Clearly that girls got her priorities in order.

So here’s how it happened: A few months ago, I heard that Sarah Jessica (yeah, I can call her that like I know her because we’re basically like friends now. Or something.) was launching a shoe line exclusively with Nordstrom. Now, I love shoes. I need more shoes like I need a hole in the head, but I’ve watched SJP for years. I mean, Sex and the City? Totally my jam. I’ve watched the entire series all the way through more times than I can count.

So, I told myself that I could splurge on a pair, no matter the cost, when she launched. Luckily it didn’t break the bank (she worked with Manolo’s CEO, so you know, they could have been a lot more expensive!) and I absolutely love the pumps I picked.

THEN the bomb dropped. SJP was going to be live in person at the Nordstrom Flagship store in Downtown Seattle. SQUEE. I was fan-girling all over the place and promptly added it to my events calendar and marked the day as “Out of the Office” at work. And no, I didn’t tell my co-workers exactly why I would be unavailable. ; ) 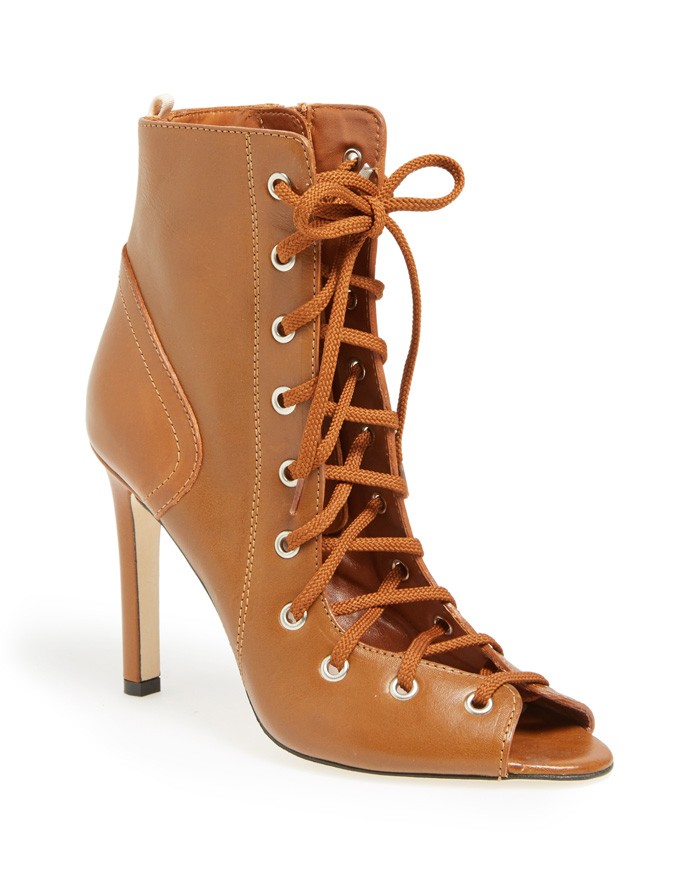 SJP Collection Alison Bootie in Luggage, totally a runner up! $450

At Midnight on February 28th, the collection went live. I was totally ready, credit card in hand. Got my Lady pumps. Then: disaster. They didn’t ship until the Monday before the event. And UPS tracking said they wouldn’t be delivered until Friday. That’s 2 days AFTER the signing. UGH.

So I tweeted Nordstrom. I called UPS. I did everything I could to get a pair of shoes, any SJP collection shoes even, in time for the event. Not happening. 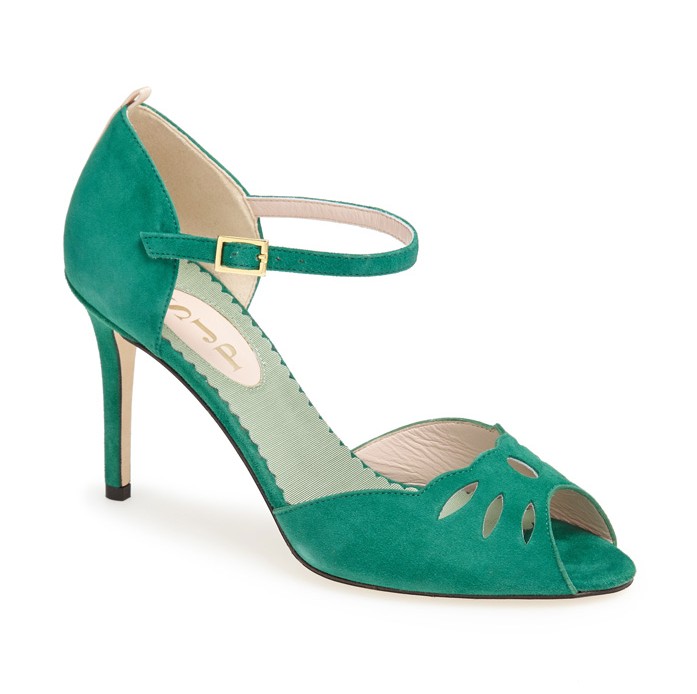 So the day finally came (last Wednesday to be exact) and it was a nasty day. Pouring rain, traffic was awful, but guess what showed up? Yep. My shoes. Thank you UPS and Nordstrom for making that happen somehow!

After the shoes made their special appearance, I was off to Nordstrom in Downtown Seattle. I arrived at Nordstrom 1.5 hours before the event and the line was already to the other side of the store. 3 hours later, and I was finally meeting her. She was absolutely charming, very sweet, and seemed genuinely happy to be there. I was touched by how kind she was to everyone, and she really made the effort to connect with each of her fans. Oh, and she said she liked my nail polish. Yeah, be jealous.

Did you pick up any of the shoes from the SJP collection? And have you ever met a favorite celebrity?

7 thoughts on “That time I met SJP and she complimented my nails.”